I have an older, expensive Panasonic bathroom light and fan.  That’s kind of redundant because all Panasonic bathroom fans are expensive, but they’re premium fans, very quiet and made of quality materials.  The light stopped working.  It’s the fixture, not the bulbs.  The fixture is modular.  It would be simple to get the old one out and plug in a new one.  Except, the part is no longer available.  If I was the Tsar of building supplies, I’d make the ceiling opening for bathroom fans in standard sizes, the way the openings for various electric boxes are standard sizes.  I dread replacing the whole fan because the openings aren’t standardized and because a lot of them aren’t easy to install without access from above and mine is in a first-floor bathroom of a two-story house.  Sometimes, replacing a bathroom ceiling fan involves replacing the bathroom ceiling too.

Also, you can’t read the model number of this bathroom fan unless you remove the light, and even then, it’s not easy to read.  The location of that all-important model number is a bad design, Panasonic.

I’ve been telling my kids since they were kids that if what they’re doing isn’t working, they ought to try something else.  So, I approve of President Obama easing diplomatic and trade relations with Cuba. Of course, Cuba’s record on human rights isn’t good, but the US has imposed restrictions of one sort or another on Cuba since October of 1960.  Clearly they haven’t worked to get Cuba to do some of what we want in more than 55 years, so we might as well try something else.

The automatic ice maker in our freezer stopped working.  There was ice in it.  The machine just wouldn’t push the ice into the bin below it.  I messed with it without success.  My wife tried to pry the ice loose too, also with  no immediate results.  But, about an hour later, it worked. For the first time in two days, it dropped the ice into the tray.  Ninety minutes later, it did it again.   Maybe the ice maker was just constipated.

If for no other reason than to clean it, there should be an easy way to get the sliding-drawer freezer out of the larger combination refrigerator-freezer.  There isn’t.  Being easy to remove the drawer would also make it easier to replace the ice maker if that should be necessary.  There still isn’t.

It’s nice that my wife, Saint Karen (who must be a saint to put up with me), takes my word that I’m a prince.  After all, I wasn’t a frog the first time she kissed me.

Every time I go back over the blog items I’ve written since I started this blog in 2008, I find at least one typographical error.  When I find ’em, I fix ’em, but I find new ones every time.  To be fair to me, some of them were caused when my Internet host changed the software and messed up a lot of the apostrophes.  To be fair to the Internet host, the software change didn’t cause all of them, by any means.

If there’s one thing I don’t understand about St. Patrick’s Day, it’s green bagels.  Can you explain them?

Can you remember the last time you went twenty-four hours without reading or hearing the name of a Kardasian/Jenner pseudo-celebrity in the media?  I can’t, but I’d like to.

I haven’t received any email spam trying to sell me either Cialis or Viagra in ages.   Have you?

Does anyone you know or anyone who reads this follow the directions on the shampoo bottle and wash and rinse their hair, and then do it again immediately?

Similarly, is there anyone who owns a box of Q-tips, or any other cotton swab for that matter, who has never used them to clean the wax out of their ears?  The directions on that box say don’t do that.

We’ve already got Spring Training and now we have a crocus.  I’m pretty sure it’ll be warm before long. 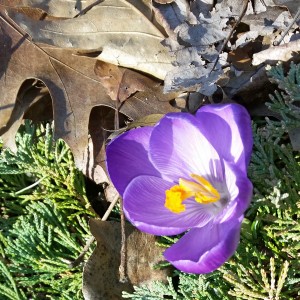 With an ad premiering tomorrow night, Dos Equis beer is abandoning Jonathan Goldsmith in his role as the most interesting man in the world and taking its advertising in a new direction.  I’m guessing the ads are being changed because Dos Equis thinks the public has lost interest.

New research seems to indicate that certain carbohydrates, such as  bagels and pretzels increase your risk of getting lung cancer.  I have been  known to inhale pretzels,  but even I know you’re not supposed to do that, and now I guess I’ll stop in the interest of health.

Other new research indicates that dying significantly reduces your risk of getting cancer.

It’s not a big deal, but it was a pleasant surprise.  The reclining handle on my old La-Z Boy recliner broke last week.  I contacted the nearest dealer and they’re sending me a new handle, for free.  The recliner is easily 10 and maybe as much as 15 years old.

The weather forecast for this week and next shows daily high temperatures in the New York area over 50 degrees.  The heather is already in bloom:  time to keep an eye out for the first crocus of 2016.

It must have been Doris Day’s birthday over the weekend or something.  TCM ran the old movie “Send Me No Flowers.”I came home while my wife was watching it.  In case you’re unfamiliar, Doris’ husband, played by Rock Hudson of course, is a hypochondriac.  He thinks he’s going to die and sets about trying to find an ideal second husband for her.  I told Saint Karen (who has to be a saint to put up with me)  that if I should die before her and if she decides to remarry, I won’t try to pick out a second husband for her.  Why?  Because she did such a spectacular job picking a first husband that I figure she’s up to the task.

We’re way overdoing Presidential debates.  The candidates probably agree, scheduling them to attract the smallest audiences.  This week, the Democrats had one opposite the final episode of “Downton Abbey.” Still, all the personal attacks aren’t really helping me to decide who to vote for in November.

In addition to being a saint for putting up with me, Saint Karen is a saint for other reasons as well.  Last week, I asked her if she knew where the tickets we had left over from our last visit to Disney World are.  We were there in 2005.  She knew. Each pass has three days left.  I want to go back.  I’d like to go right after Easter, but Saint Karen doesn’t know if she can get off work then.  I’m not sure it’s the happiest place on earth, but it is fun and since we have three days of prepaid admission, I’m ready.

The jar I keep loose change in is almost full.  That means about $200.  I’m thinking of adding another $100 and buying a wide-angle lens for my camera.

A few years back, during one of my rants about doctors who are perpetually late, I noted that someone owned the web domain www.punctualdoctor.com.  At the time, I said they hadn’t figured out how to use it yet.  Apparently they never did.  When I checked a week or two ago, you could have bought it for ten bucks.

What’s the largest number of hosts it’s possible to have on one TV show?  And, has the Today Show reached that number yet?

The Bugatti Chiron is the about-time replacement for the Veyron.  When it was released, the Veyron was the fastest road car in the world at around 230 mph.  The Chiron is reputed to hit 260 mph.  My question is, where?

Have you seen Quicken Loans’ TV commercial for Rocket Mortgages?  Isn’t that exactly the kind of thinking that precipitated the real estate crash nine years ago?

Miss Dior Fragrance has a TV commercial out that uses Janis Joplin, Big Brother and the Holding Company singing “Piece of My Heart.”  I’m always in favor of playing Janis Joplin’s music, but when it’s associated with Miss Dior Fragrance, I can’t help wondering if the perfume smells like bourbon or weed.

I complained here back in October about how expensive tire pressure monitoring sensors for my 2008 Nissan Frontier pickup truck are.  They are expensive, but it turns out it’s worse than that.  The dealer I had repair the truck marked up the parts by something like 30-35% over what the same dealer charges at retail for the same part at their parts counter in the same building.  I told the service manager that’s the reason I will never do business with them again.

If I go to a local garage, they mark up the parts above what I can buy them for.  It makes sense.  They can’t carry a lot of parts for every vehicle they might have to repair.  They have to pay someone to order them.  They have to deal with a parts supplier who will deliver them the same day, and there are a couple of other reasons as well.  But if I go to a parts store and buy the part myself, they don’t charge me more than retail.  For an auto dealer parts department, the ancillary costs are built into what they sell the parts for at retail.  So, for me anyway, a dealer service department charging me 30-35% for walking back and forth to the parts counter is outrageous.  I won’t pay it again.

I was right about Ben Carson’s chances of becoming the Republican Party’s nominee for President this year.  It looks like I was wrong, very wrong, about Donald Trump’s prospects though.

Nominations to the US Supreme Court are very political.  Depending on who’s confirmed, the current vacancy can turn the majority on the court from relatively conservative to much more liberal.  I don’t think it’s right to obstruct any president’s nominations for the U.S. Supreme Court, not a Democratic president and not a Republican president either.  But what’s going on now over a replacement for Justice Scalia isn’t new.  In fact, a previous Republican president’s nominee who was scuttled by a Democratic majority in the Senate had his last name turned into a word in the dictionary.  Three lefts make a right.  Two wrongs don’t.

As I write this, I’m watching a Spring Training baseball game on TV.  You should watch or listen to baseball in March as often as possible.  Baseball causes warm weather and observing it here in the north will help to warm things up.  Just wait and see.